Tehom, an aquatic inspired work, incorporates heavenly, deep waters bursting with life–dark spirals of humanity propelled with grace and tension, floating forms in an amniotic landscape, women breaking the surface, and a rich human organism pleading to make contact with the viewer. The invitation is to enter this silent world and not hold your breath; make contact and take in a rich and fertile panorama.

In Greek mythology your guide to the underworld would be the ageless Sibyl, the Cumaean prophetess who presided over the Apollonian oracle at Cumae, a Greek colony located near Napes, Italy. Aeneas employed the Sibyl services before his descent to the lower world to visit his dead father Anchises, but she warned him that it was no light undertaking and the ascent would be difficult. The Sibyl, while mortal, lived for about a thousand years, and would prophesize by “singing the fates” and writing on oak leaves. These would be arranged inside the entrance of her cave but, if the wind blew and scattered them, she would not help to reassemble the leaves to form the original prophecy again.

The crater lake called Avernus, located near Cumae was believed to be the entrance to Hades. It was believed that Romans brave enough to venture into the underworld sought out the Sibyl’s assistance. The lakeshore was connected to the Greek colony of Cumae by an underground passage known as Cocceio’s Cave (Grotta di Cocceio) which was 1 km (0.6 mile) long and wide enough to be used by chariots. This was the world’s first major road tunnel and was usable until the 1940s.

Portus Julius, a significant port city for Marcus Agrippa, the Roman strategist, was linked by a man-made canal between the sea and Avernus and was used during the civil war between Pompeius and Octavian to protect his fleet. The volcanic and thermo-dynamic forces have marked this ancient port city and due to centuries of falling bradyseism, half of the ancient city sank to the bottom of the sea. This underwater ruin is like a Neapolitan Atlantis. Today this underwater metropolis is populated solely by tourists and divers.

It is this history that has inspired the entire body of work that is Tehom. Each world is interwoven with each other, inferring details and continuances.

Just as the history is linked by geography and mythology thus is Tehom fluid from one piece to the next.

But there is an ironic twist to this artistic profusion of life. It is thriving where there shouldn’t be human life. The vibrancy of life in this foreign place has to be questioned as it contrasts with the ominous unknown between dark edges and light, to breathe or suffocate underwater, ascending to heaven or descending to hell, birth and death imagined together. Despite the oppressive pressure that threatens to extinguish the ability to breathe, silver forms align in a spiral of human migration. There fluid architecture celebrates the beauty of not only the human form but of forms found in nature. Patterns of nature demand order and compliance quelling the individual human desire to fly freely: without order there is chaos, without light there is darkness, without air there should be no life.

Other forces are at work in Tehom, more than just the conflicted reality of being in an altered universe, or the pressure of an overcrowded population: in one moment nature is celebrated and in another the inherent tension between man’s will and nature’s order come into conflict. There is an intense desire to break through the invisible barrier, share the air, break from the water and evolve from Mother Nature’s infinite womb, to reach the viewer who is drawn into this weightless, suspended world. This desire is reminiscent of the artist himself, whose delayed birth continues to inspire an urgency to break free, from one world to another.

Digital C-Prints on metallic paper, mounted between Alumium and Plexi-Glass 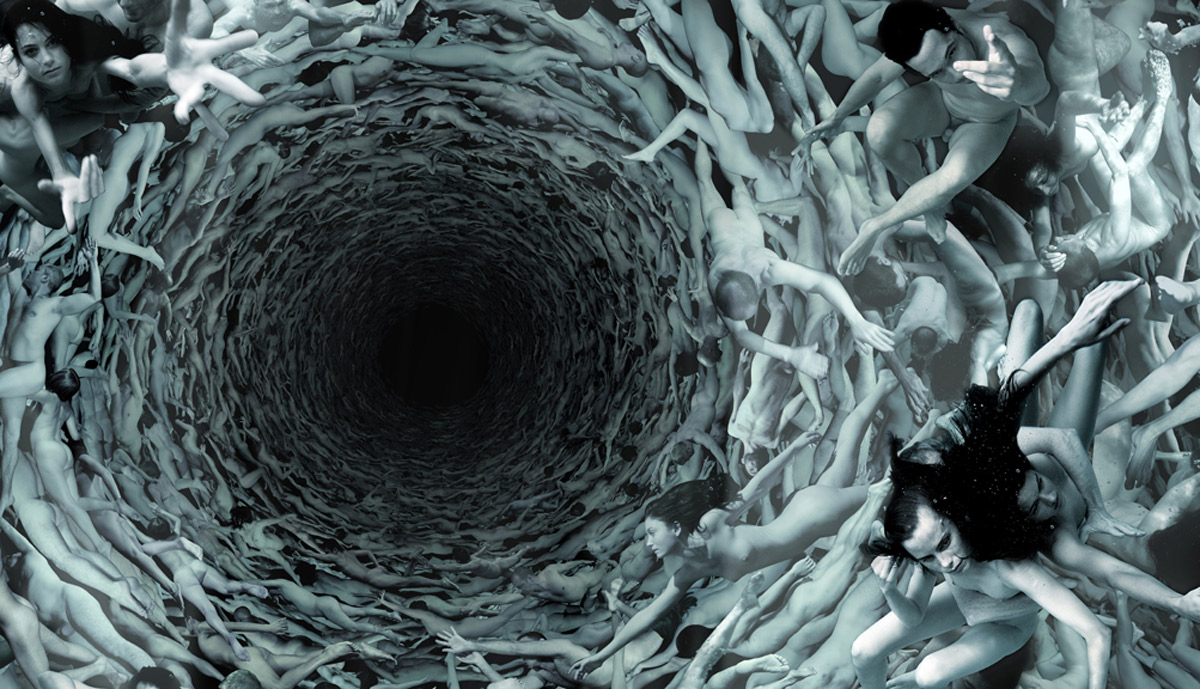 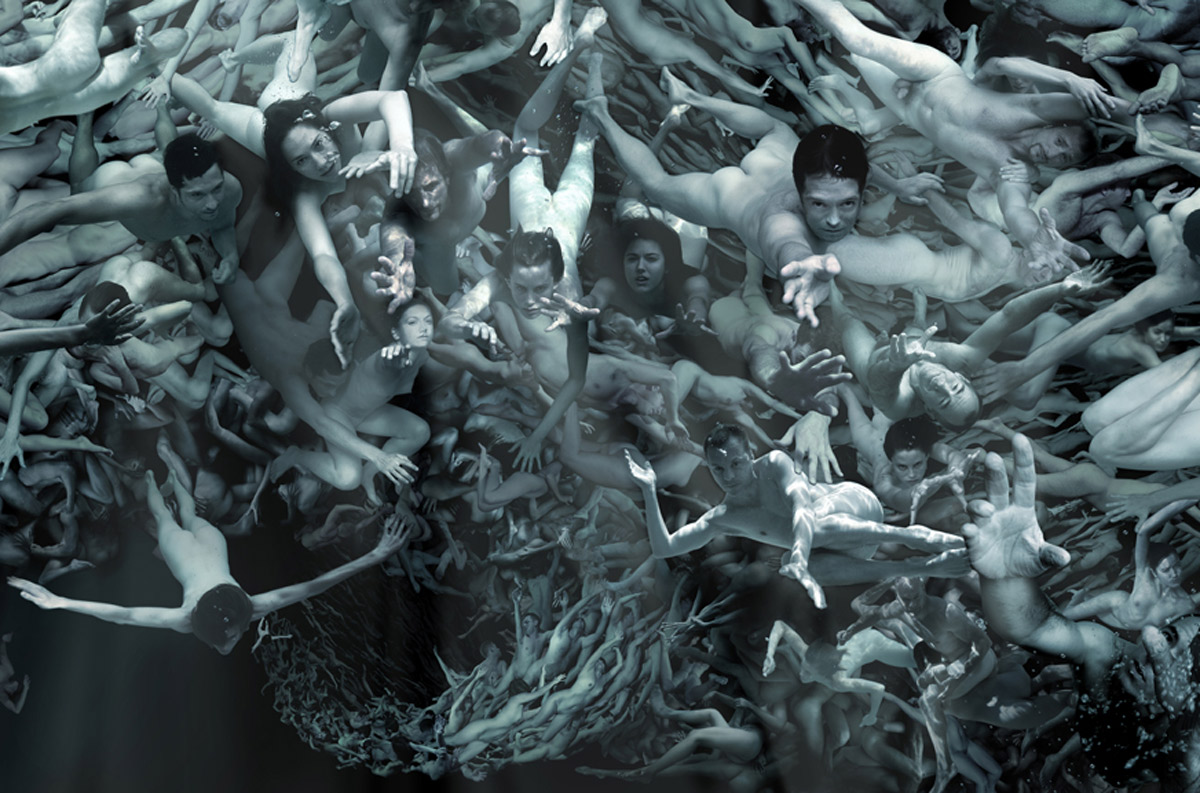 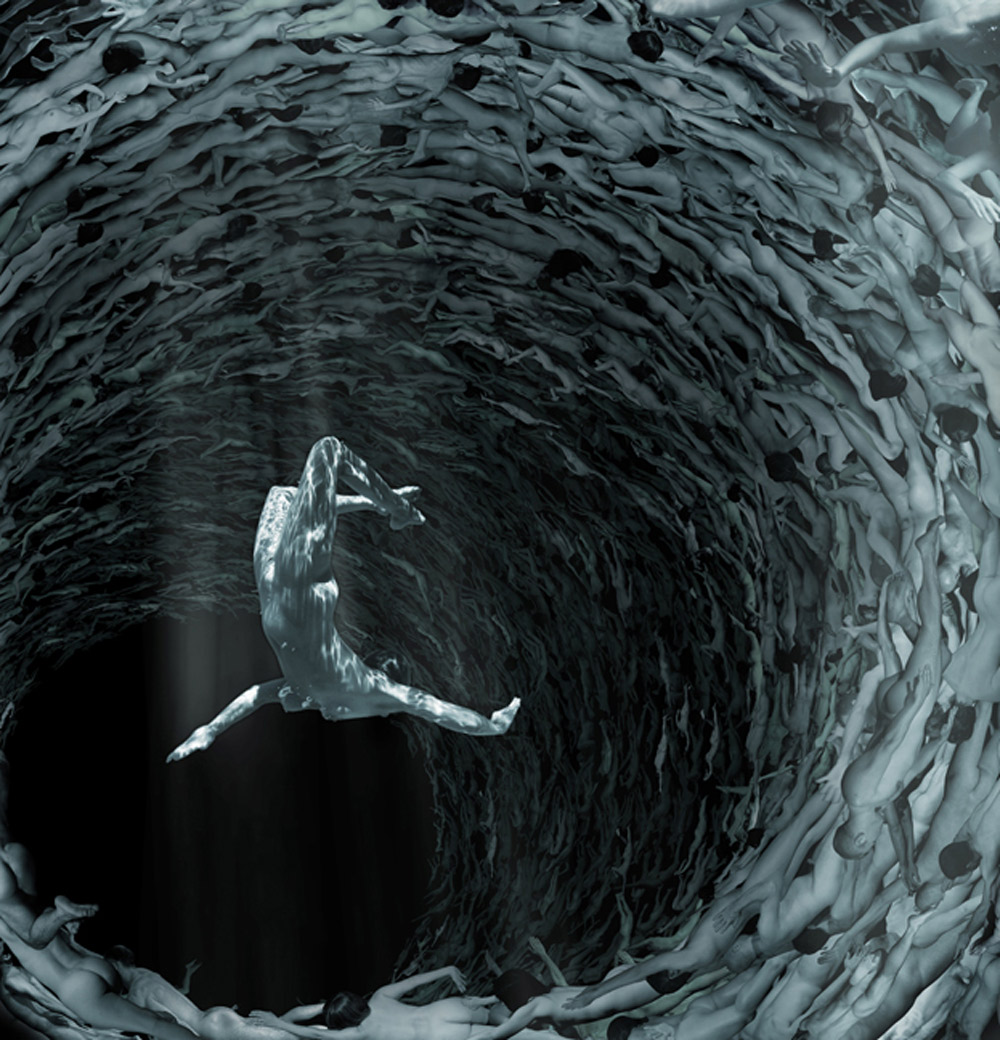 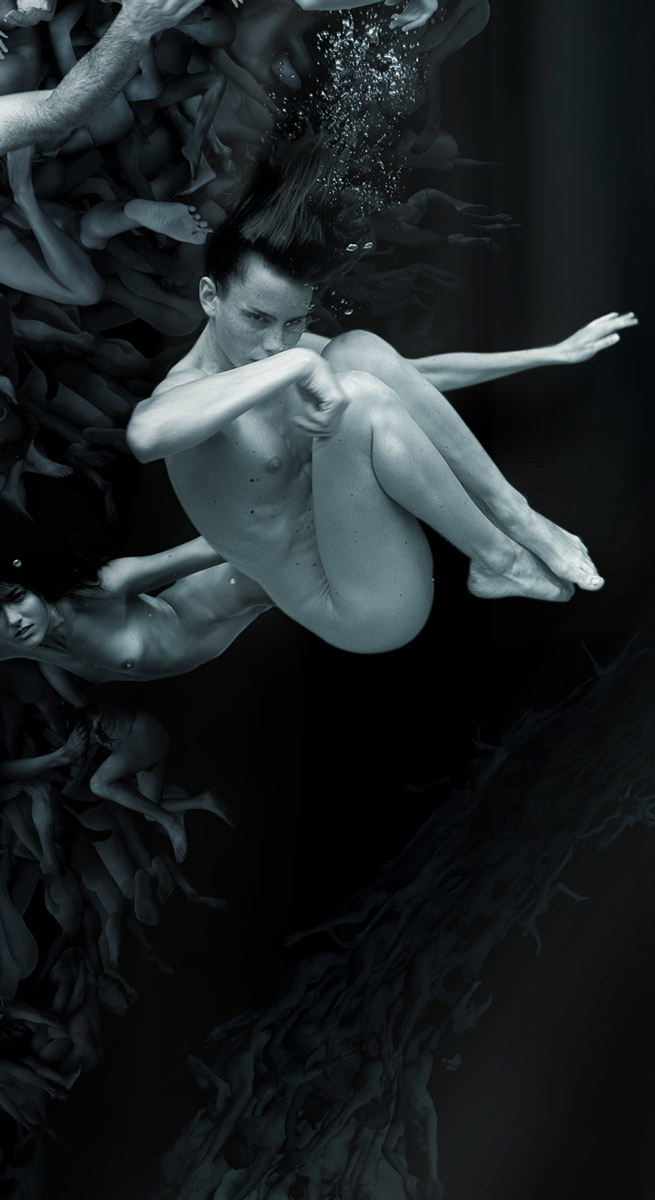