Sanctuary is truly an image of Biblical proportions taking its inspiration from the book of Genesis 11:1-9, the story of the Tower of Babel and the Confusion of Tongues.

There is an ironic twist in the creation of this kingdom of towers by reversing what happened to the Babylonians by intentionally recruiting diverse groups of models that speak different languages and come from different cultures and unite their bodies together for the actual construction of this man-made architecture.

This concept necessitated photo shoots being coordinated around the world. The work took over four years to complete as it grew and evolved ultimately requiring multiple photo shoots in New York City (USA), as well as Buenos Aires (Argentina), London (England), Berlin (Germany) and Naples (Italy) to gather the materials for the construction of this mammoth metropolis. The priority was to try and involve as many different people as possible, for it to make sense for the artist, so every effort was made in each of these cities to connect with multicultural groups in order to reach people from Africa, China, Japan, the Middle East, Russia and others places where travel was not feasible.

The word sanctuary refers to a safe or sacred place or the concept of containment and keeping something in.

For this image, each brick, arch, ramp and bridge is made up entirely by human nudes and then the buildings are populated by hundreds of people. This is a community built in peace and harmony with walls built for protection not separation and bridges that join people together physically and conceptually.

The residents are protecting one another, reacting to what they see and reflecting their concerns and emotions back on the audience. 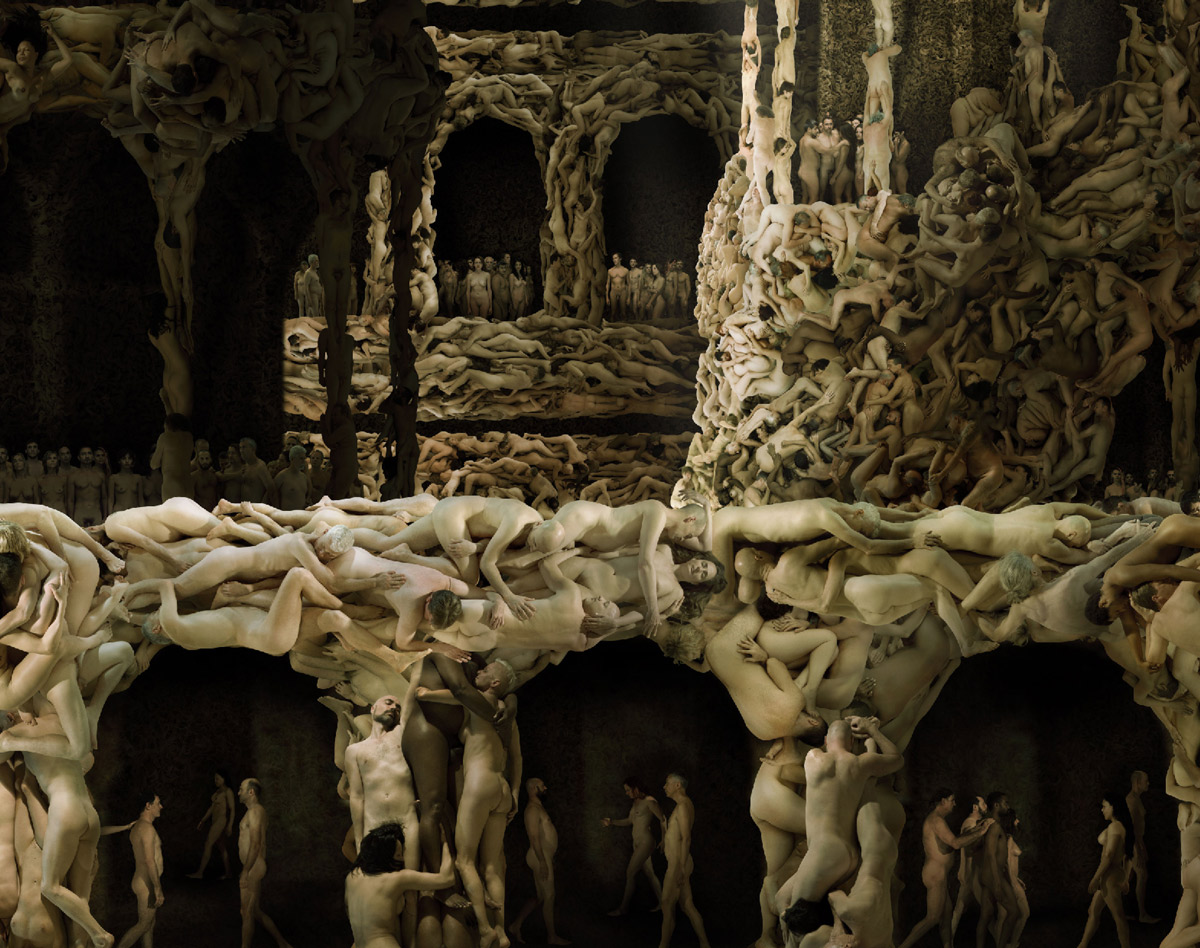 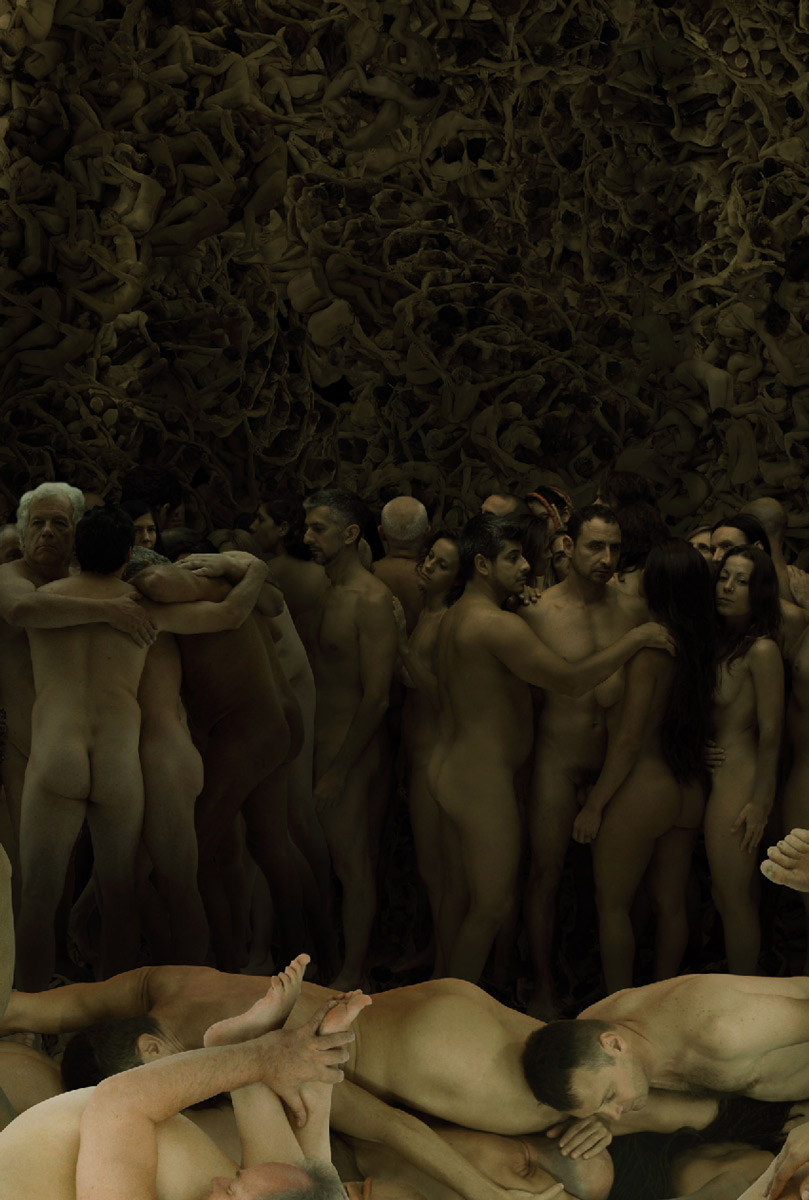 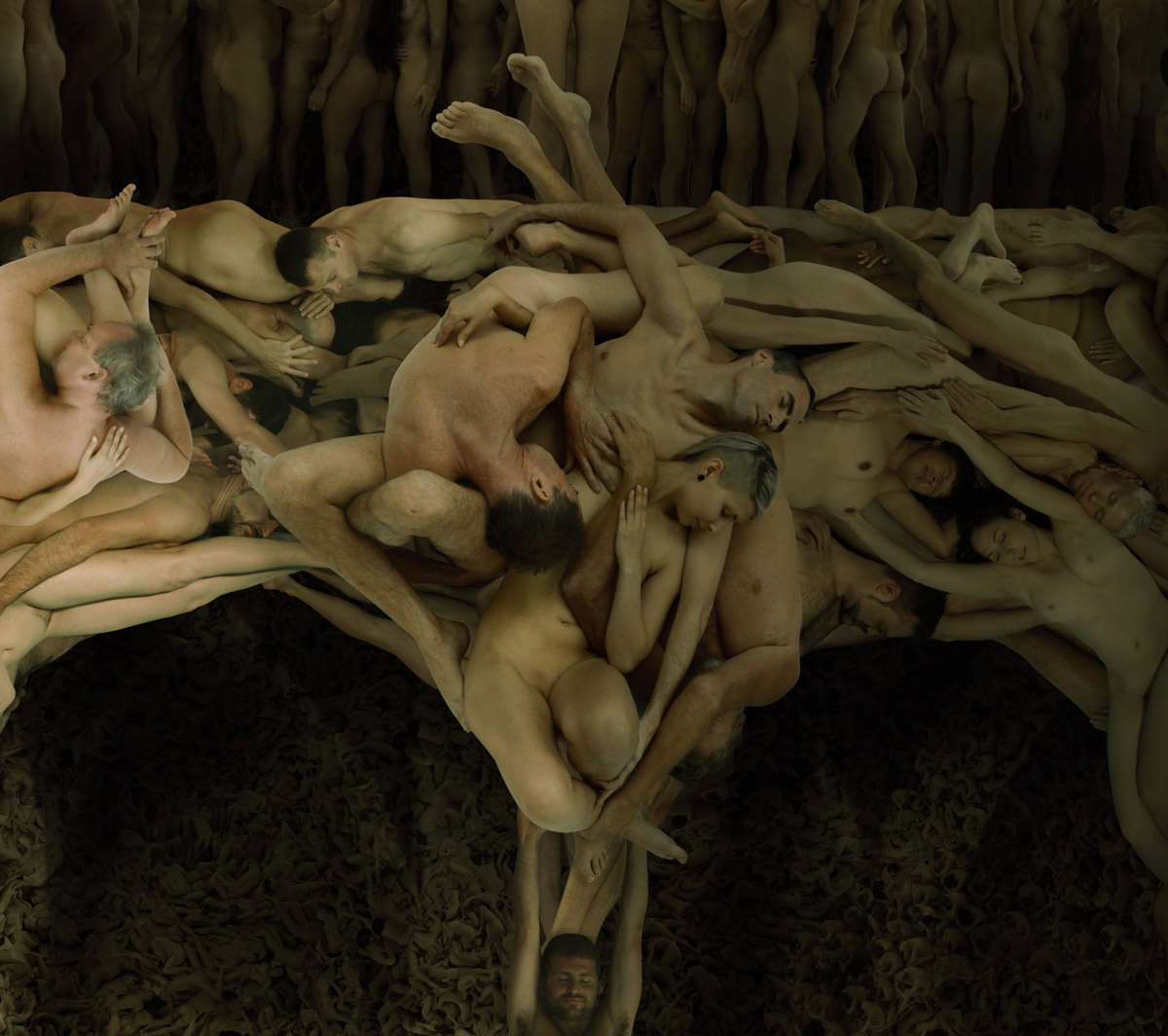 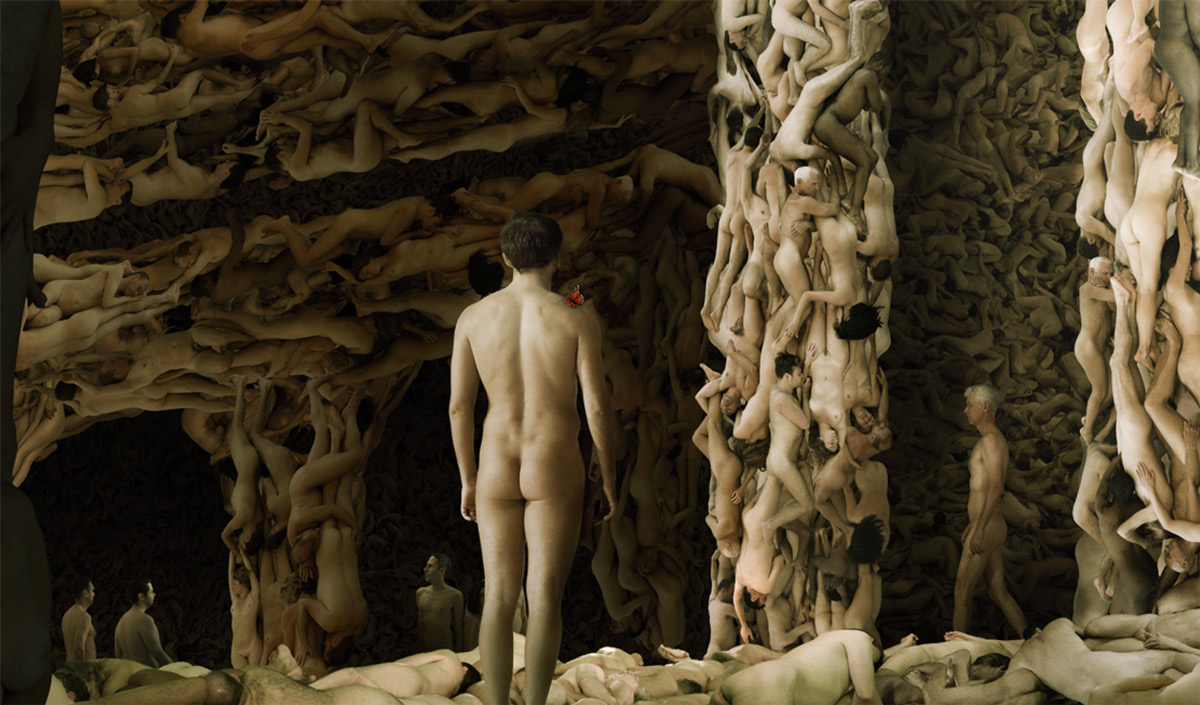 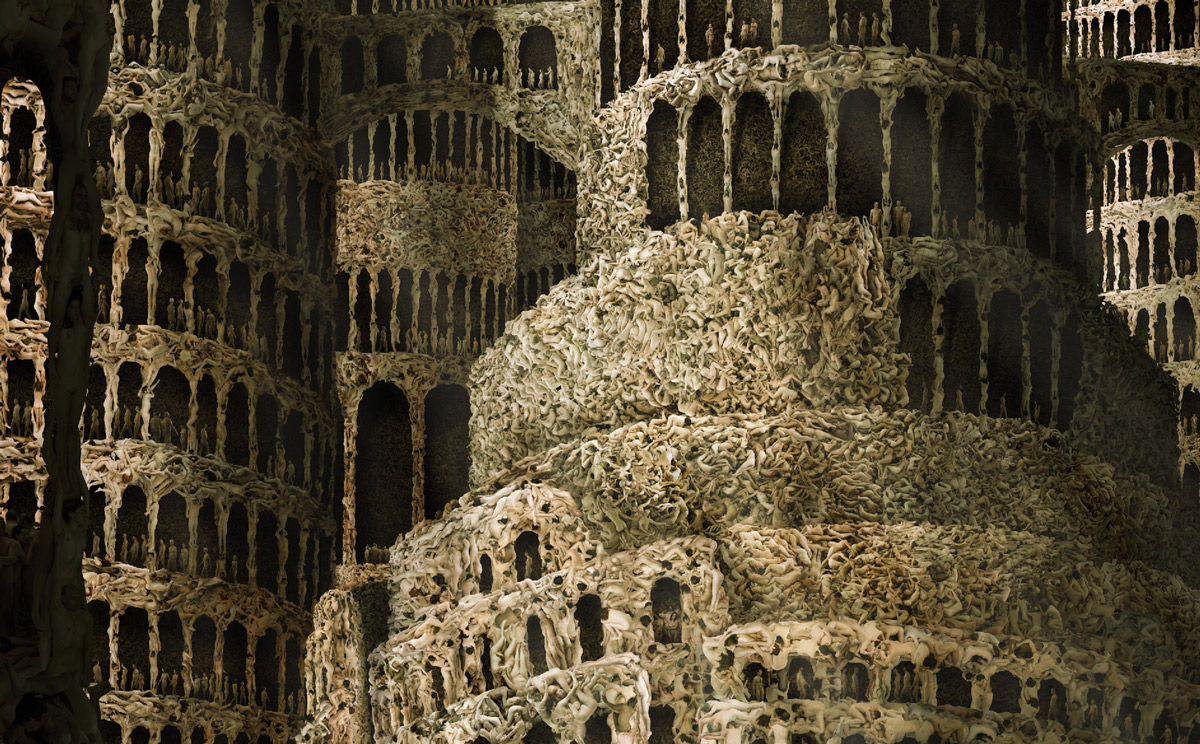 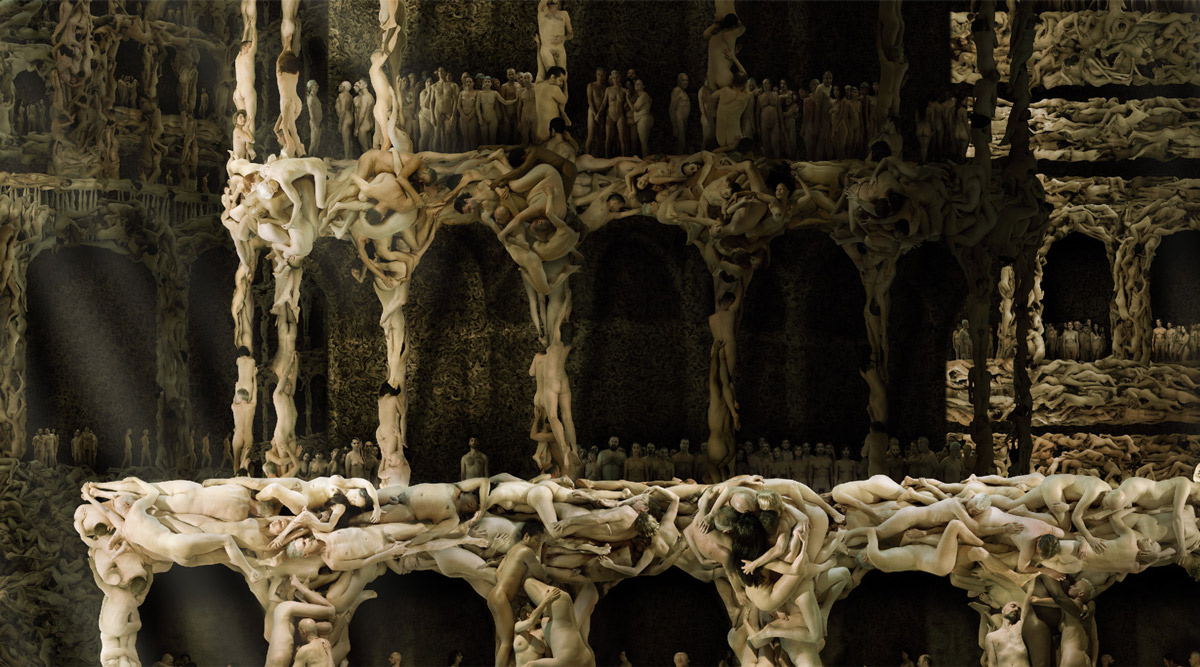 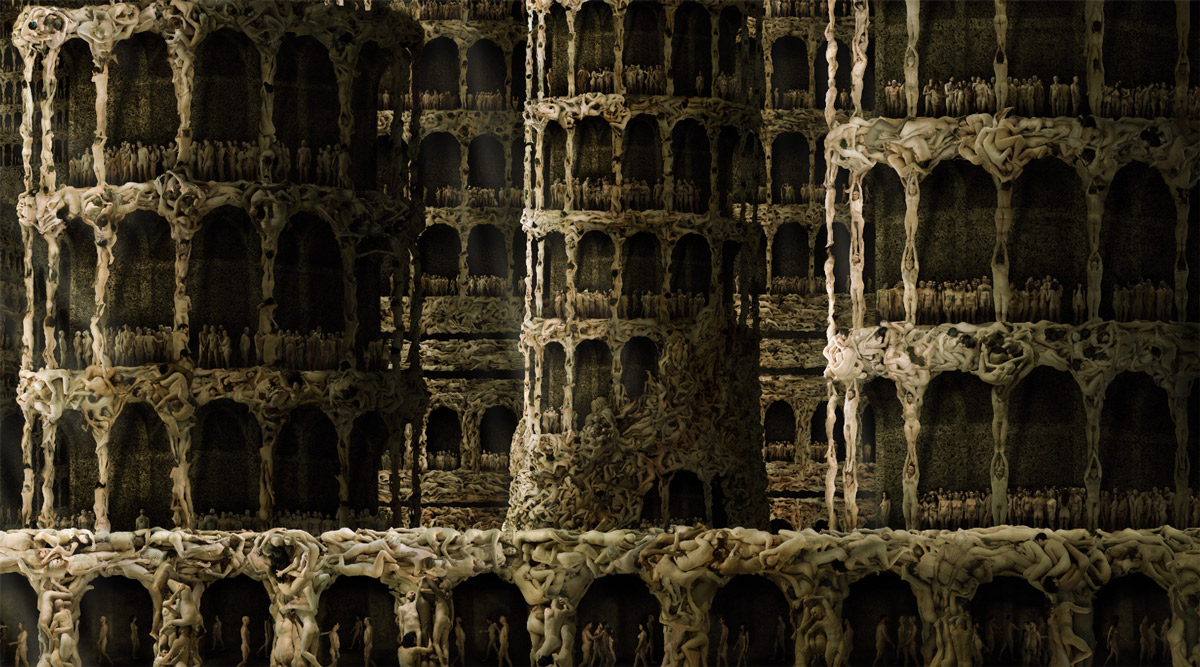