Societies of ants have long been an inspiration and subject of study due to their close similarity to human society. Ants’ division of labor and social organization, communication between individuals, defense, and ability to solve complex problems draw numerous parallels to human social structure.

From this, Musco’s work Murmek, derivative from the Greek word for ants–myrmex, draws it’s etymological substance.

In a vast deserted island, Aeacus, son of Zeus and the nymph Aegina, pleads to his father to populate his country. Zeus thusly transforms the island’s ants into men and women companions. These people were called the Myrmidons–a brave people, and skilled warriors, the name of which, in Classical Greek, was interpreted as “ant-people.”

Humans crawl about, tense and struggling, reaching for an unknown within their underground labyrinth. It is a mythology aesthetically combining both ancient and modern connotations–drawing from the Myrmidon myth and also from the modern association with ant farms and the view they allow.

There is strength and yearning not only to get out, but a reaching for others, a constant movement around and within their mysterious world.

Made by 114 panels, various sizes 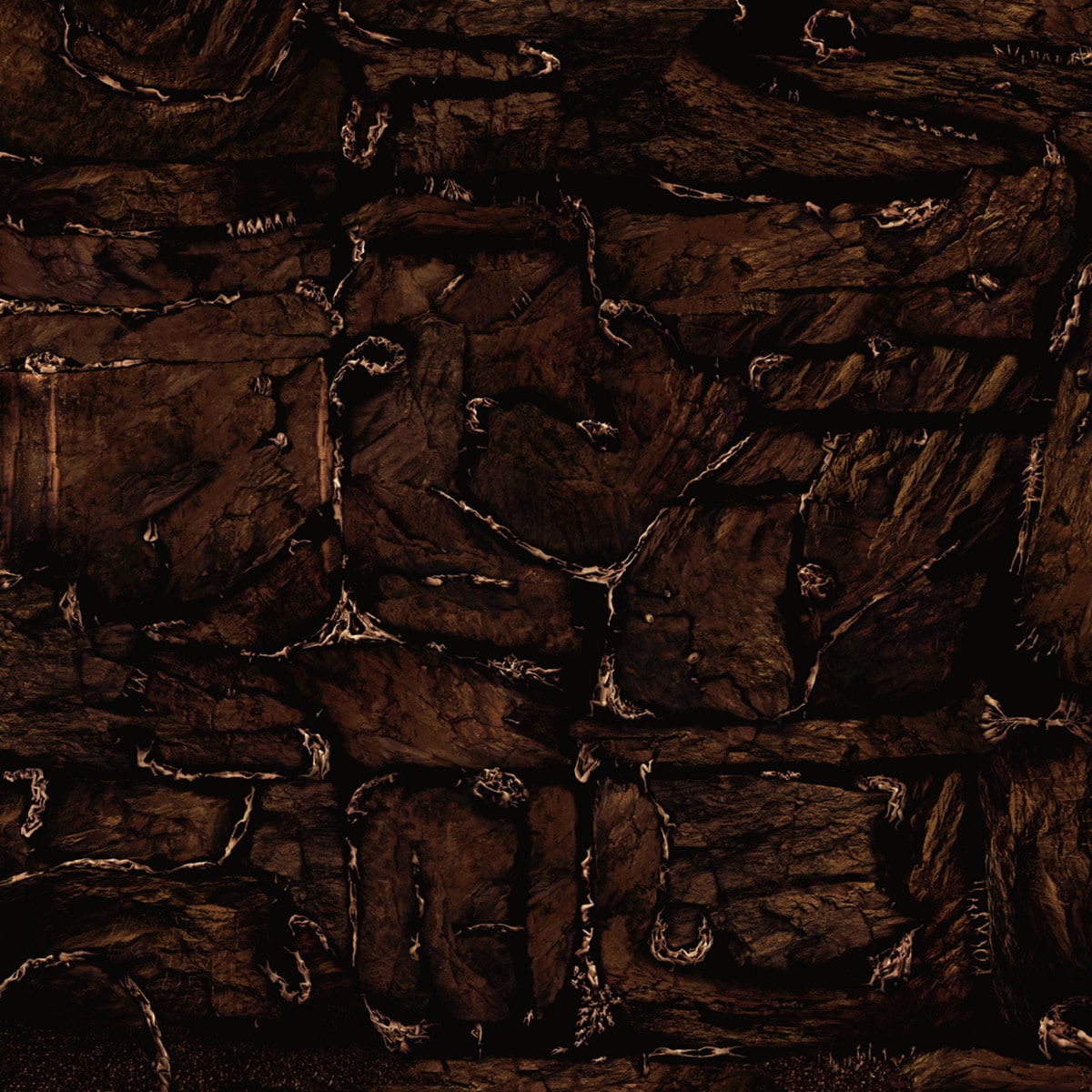 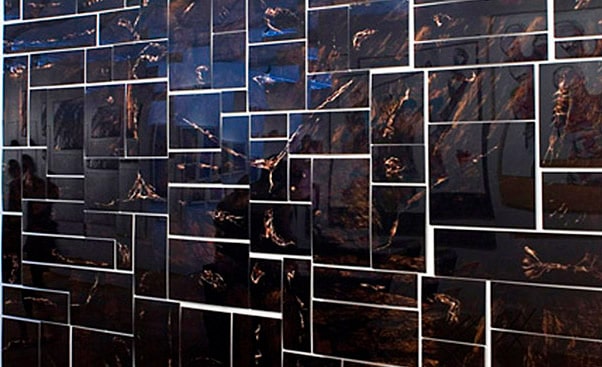 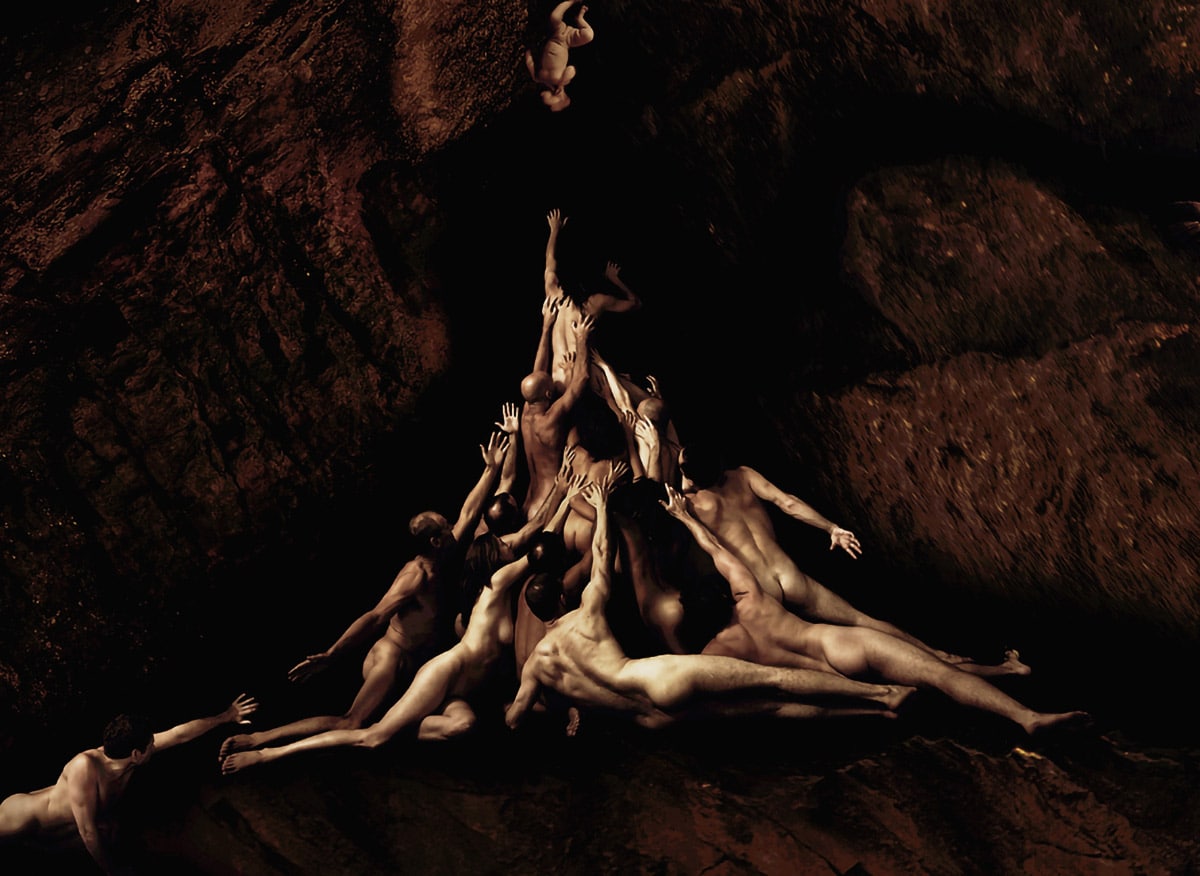 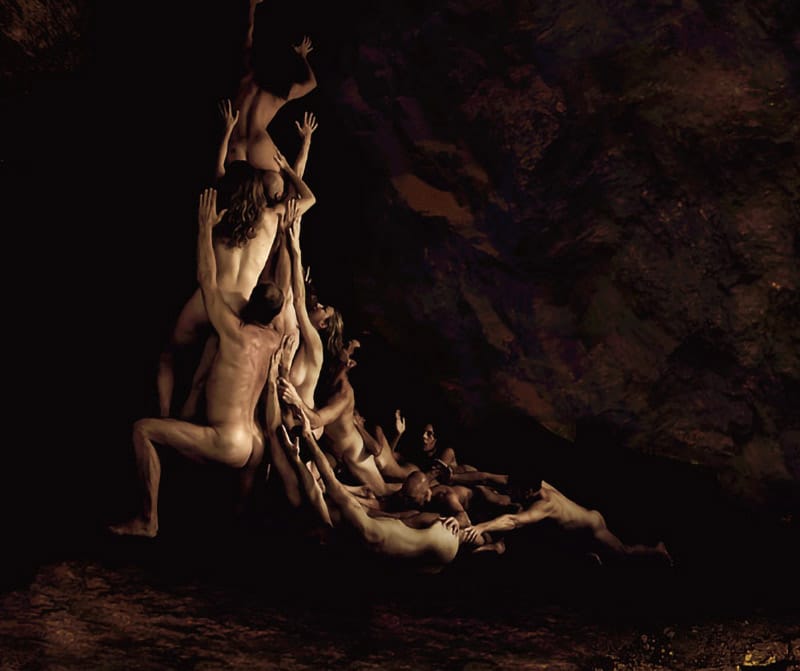 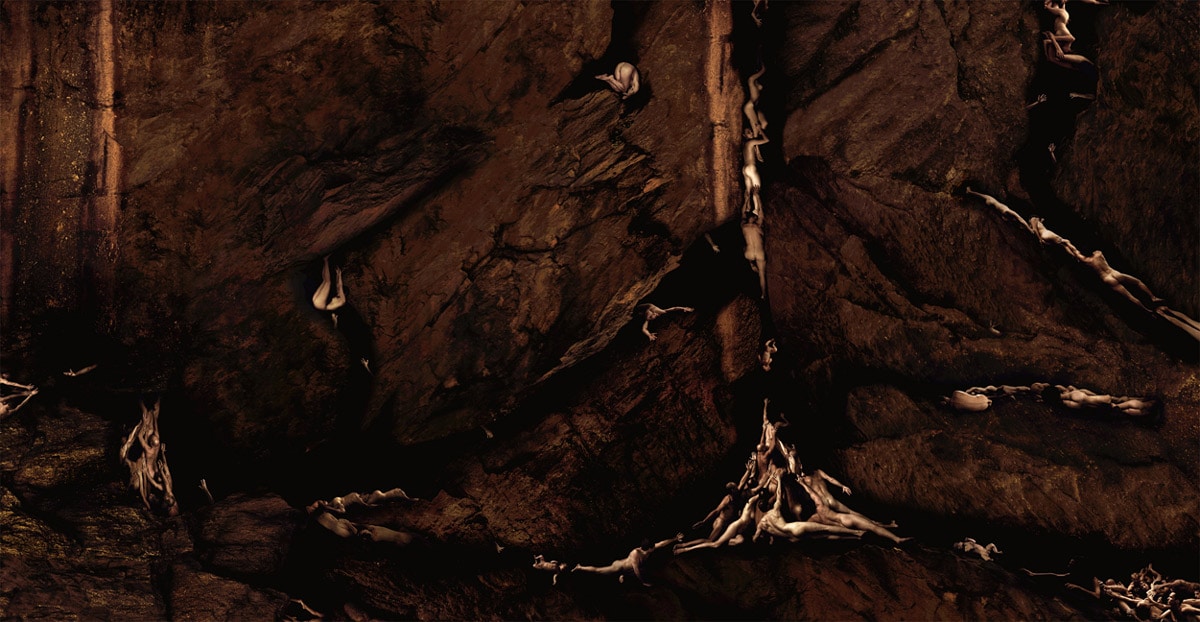 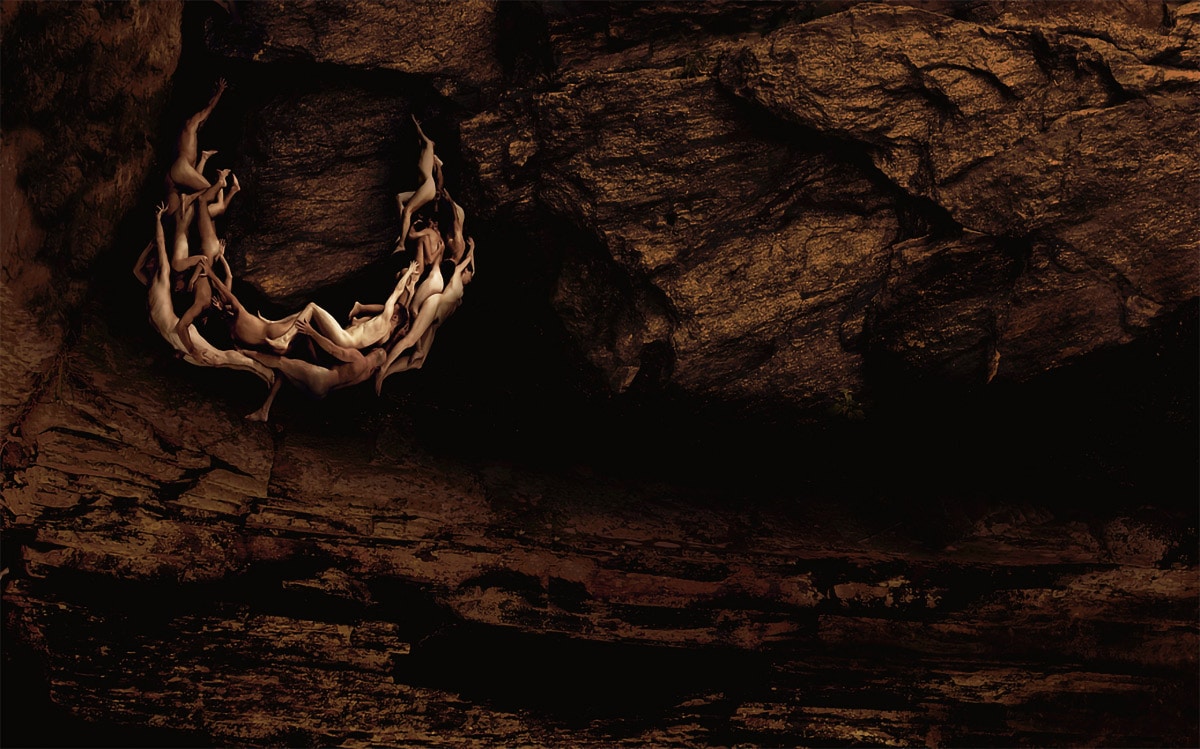 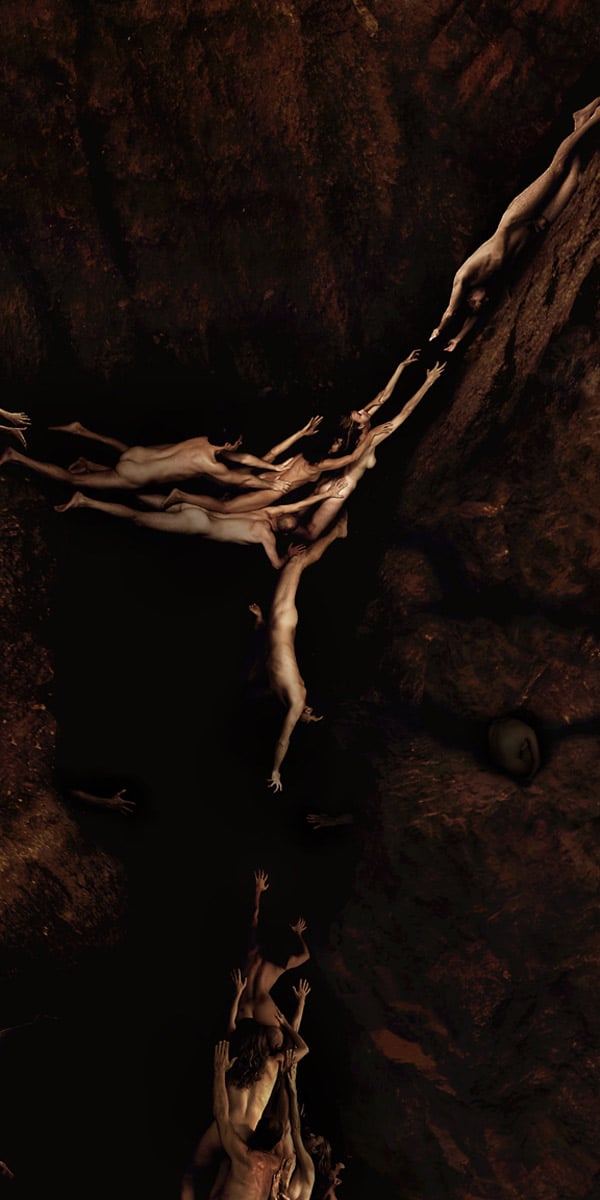 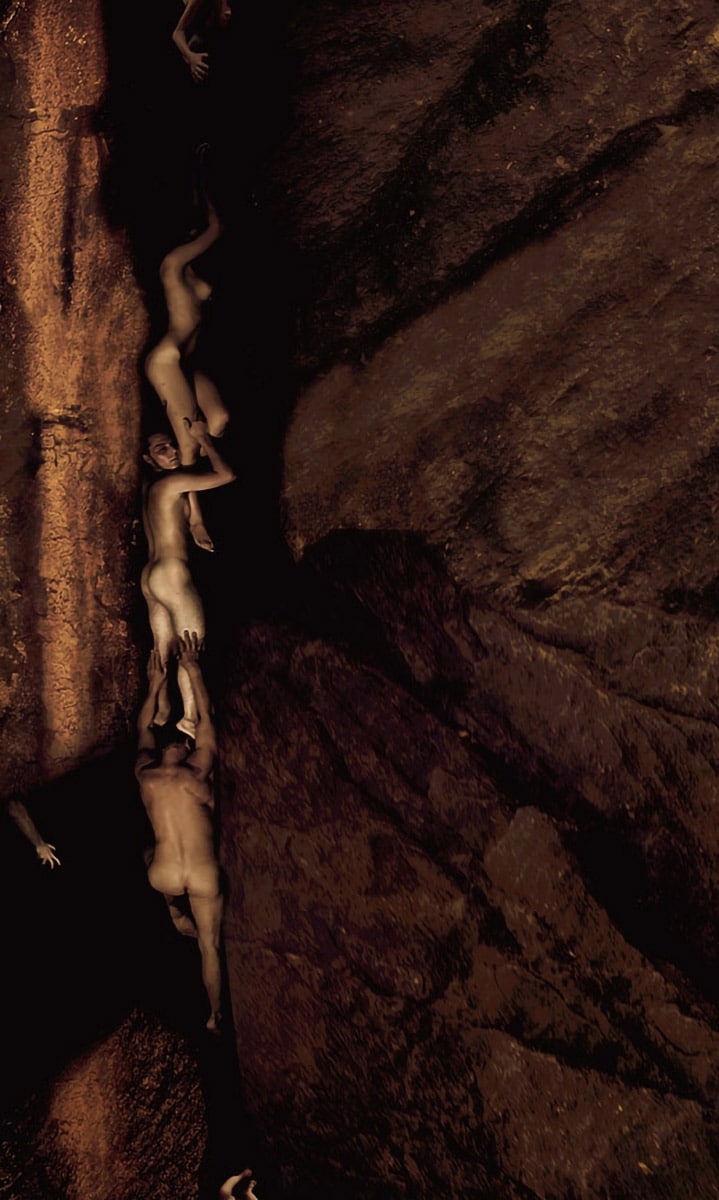